Here is a mileage analysis which goes some way to mathematically explain why there is additional traffic on the perimeter roads.

The Analysis is as follows:

L B of Ealing Road Closure Scheme: Midhurst and Leighton Neighbourhoods.
Note on Car & Van Accessibility Changes.
This note presents an analysis of car and van accessibility changes due to intended road closures in the Midhurst and Leighton Neighbourhoods.
The main interest is the change of vehicle mileage between local internal and the outer boundary roads of Boston, Broadway-Uxbridge, Northfields and Swyncombe and Windmill roads. The first maps is the neighbourhood area with six zones labelled from ‘U’ to ‘Z’ surrounded by nine external destination zones labelled from ‘U’ to ‘Z’ surrounded by nine external destination zones labelled from ‘A’ to ‘H’. The outer main roads forming the boundary are coloured brown.
The second map shows the method of analysis, which allows before and after travel distances between zone ‘V’ and the nine external zones to be measured; the green routes are the ‘before’ routes and the ‘red’, the after-closure distances. The ‘green’ routes crisscross the internal area to external zones whereas ‘red’ routes are mainly boundary main roads. The table lists before and after results for each external zone with zone ‘V’ before mileages highlighted in ‘green’ and after mileages in ‘red’. Extracted below from the table is the zone ‘V’ before and after local and boundary travel distances and also, the six zone totals.
Extract from table: 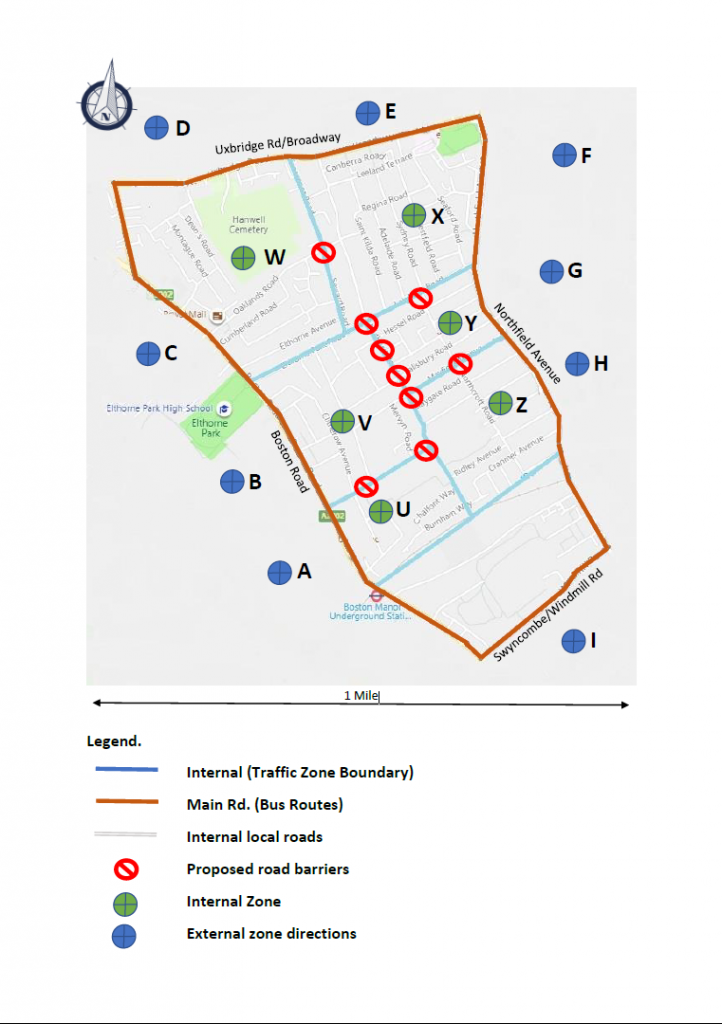 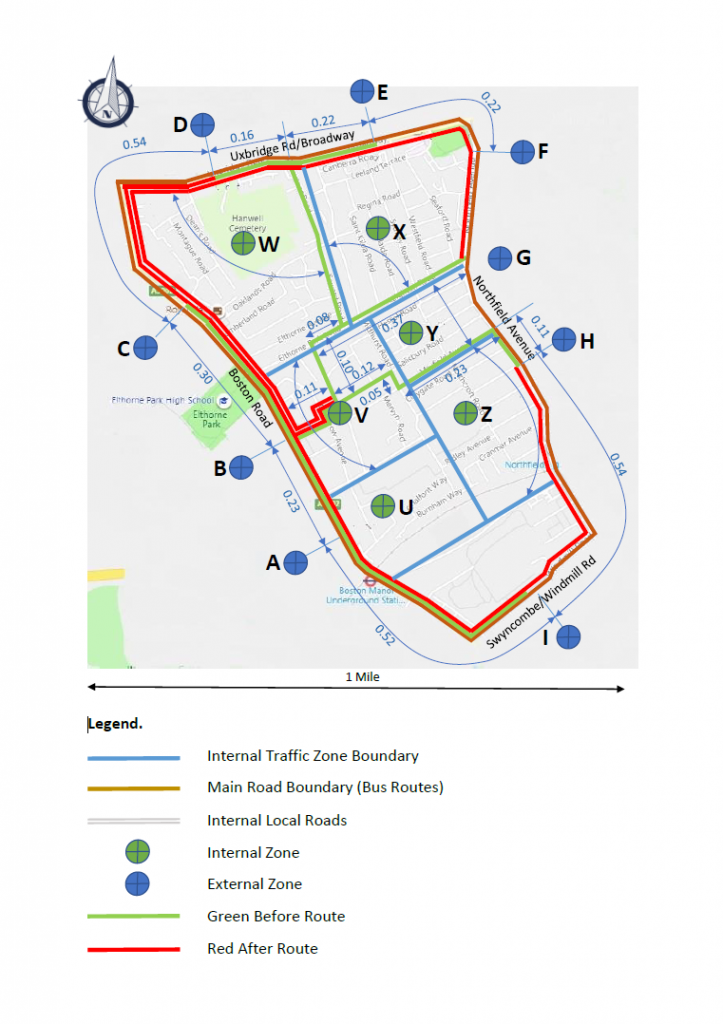 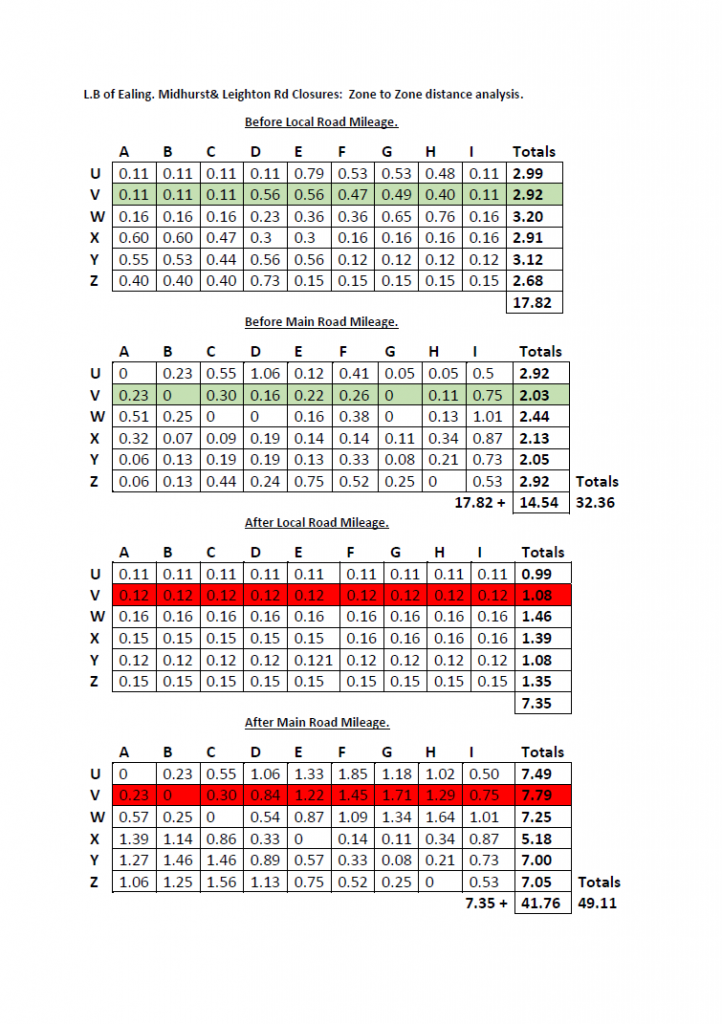